Highly complex components are installed in the nacelles of offshore wind turbines. A suitable production method is the additive manufacturing of sand molds for metal casting. In the future, components for the nacelle of GE's Haliade-X offshore turbine will come directly from a 3D printer. To this end, the company is cooperating with the Fraunhofer Institute for Casting, Composite and Processing Technology IGCV and voxeljet AG. Together, the partners are developing the world's largest 3D printer for offshore wind turbines.

The aim of the cooperation is to optimize the production of main components for GE's Haliade-X offshore wind turbine. The Advance Casting Cell (ACC) 3D printer, which is currently under development, will be used. It is subsidized by the German Federal Ministry for Economic Affairs and Energy and can print molds for cast components that will be installed inside the GE Haliade-X nacelle. The printer is expected to produce the molds, which weigh up to 60 tons, in just two weeks - instead of the usual ten. Another advantage is that the printer is operated in the immediate vicinity of the installation sites. This eliminates long transport distances of large parts from a central manufacturing location, reducing their carbon footprint. The partners expect to launch the project during the third quarter of 2021 with initial printer trials starting during the first quarter of 2022.

The Fraunhofer IGCV team is responsible for casting and materials technology issues as well as digital process monitoring. »We are taking a close look at thermal management during casting, and we will evaluate the ideal proportions of the printing materials,« said Dr.-Ing. Daniel Günther, head of the Molding Processes and Molding Materials department at Fraunhofer IGCV. »Also, we will develop and test new approaches to process monitoring as part of the project.« Based on prior experience, the team expects to significantly improve the environmental footprint of processes involved in producing the Haliade-X type wind turbines. The institute’s director, Prof. Dr.-Ing. Wolfram Volk, adds that »We aim to optimize the mold printing to avoid extremely costly misprints or even miscasts, to save on binder and activator, and to improve mechanical and thermal behavior during casting. By developing a process that conserves resources as much as possible, we want to help to improve the environmental and cost balance in the manufacture of wind turbines.«

The International Energy Agency has projected that global offshore wind capacity will increase 15-fold by 2040, becoming a 1 trillion dollar industry, thanks to falling costs, supportive government policies and technological progress like that behind the Haliade-X offshore turbine from GE Renewable Energy. GE has been selected to supply its Haliade-X turbine for 5.7 GWs worth of projects in Europe and the US. The company is a member of the Offshore Wind Industry Council (OWIC) and as part of that supports various initiatives that aim at increasing the production of sustainable wind energy.

The complete announcement with additional information as well as statements from GE and voxeljet can be downloaded under »Downloads«.

Contact us for an individual solution that suits your business needs.

We are shaping the way into the future of efficient engineering, networked production and intelligent multi-material solutions. 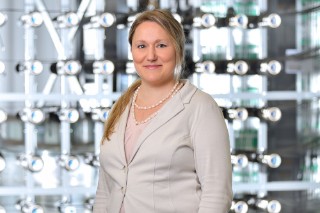