Electric trucks roll off a virtual assembly line: how flexible and adaptable production systems are transforming the commercial vehicle industry

Connected, Autonomous, Shared and Electric (CASE): These are the four mega trends that, according to a current Frost & Sullivan study [1], drive the transformation in the commercial transport industry toward greater sustainability and safety in the coming years. By 2030, one in two new trucks could be equipped with green powertrain technology. To meet this demand in an economically sustainable manner, manufacturers of these trucks will have to rethink their assembly processes and make them more flexible. Such solutions are currently being researched at the German Fraunhofer Institute for Casting, Composite and Processing Technology IGCV: Within the »eTruckPro« project, scientists work with industrial partners from the automotive and commercial vehicle sectors to develop adaptable production systems. These make it possible to assemble electric and conventional trucks on a single standard line.

The pressure on the commercial vehicle industry is growing: With binding annual targets for the transport sector, the new climate protection law significantly reduces the permitted emission levels. The goal: Germany becomes climate-neutral by 2045. By then, greenhouse gases must be gradually reduced. For example, only 85 million metric tons of CO2 may be emitted on Germany’s roads in 2030 – compared to 150 million metric tons permitted in 2020. Further on, in 2040, CO2 emissions may only reach 12 percent of 1990 levels, which equals a mere 20 million metric tons.

Such strict limits can only be met in two ways: with alternative fuels (synthetic or biofuels) or through electric powertrains (battery storage or hydrogen-based fuel cells, so-called e-trucks). Currently, the most promising powertrains are electric. Commercial vehicle manufacturers must therefore find solutions to produce e-trucks quickly and cost-effectively. However, the extra costs of the new components (in particular the battery storage or the fuel cell) should not be further increased by additional production costs. Therefore, the aim here is to use assembly solutions that enable cost-efficient production.

It is still difficult to estimate in which way demand for e-trucks will develop. Michael Neukam, head of the pre-series center at MAN Truck & Bus in Munich, says, for example, “CO2 legislation is the driver, but no one knows how many e-trucks will ultimately be required and when exactly they will be needed. We plan for at least 60 percent of trucks for delivery operations and 40 percent of long-distance trucks to be emission-free by 2030.” In order to respond flexibly to demand, MAN Truck & Bus has therefore opted to create a hybrid line out of the existing one instead of setting up a completely new assembly system – which involves high initial investments and risks. Two separate systems would only be economically viable if the production volume of e-trucks reached a comparable level to diesel trucks immediately after market launch. In addition, there is no need to provide twice the assembly areas, workplaces, media supply, tools, and employees. Then again, certain challenges of joint production exist: an assembly line should be operated as cost-effectively as possible, regardless of whether 5 or 50 percent of the vehicles produced on it are e-trucks. Fraunhofer IGCV addresses the challenge of a joint line in its research project “eTruckPro”: By using a digital model of the existing assembly system at MAN Truck & Bus, the scientists can virtually rebuild, simulate, analyze and optimize the production system. To this end, the scientists in charge process around 200 laser scans of the assembly line and systematically examine several hundred thousand possible assembly sequences.

In a virtual production environment, the researchers use a specially developed methodology to determine the points at which the assembly of new components must be adapted. The scenarios generated in this way are validated by simulation models in virtual environments. Stations whose workflows are particularly affected by integrating e-trucks can be virtually mapped in detail – right down to the process level, i.e., to the individual assembly steps. If no adjustments need to be made to the station, it is only modeled at the structural level. By mapping production processes virtually, it is possible to determine in advance the sequence in which both drive types can be assembled as efficiently as possible.

Such an approach is particularly important on an existing assembly line because of the large number of possible vehicle configurations. “No two identical vehicles roll off the assembly line at our plant every day,” says Neukam. MAN Truck & Bus configures according to customer requirements. “Even with the diesel trucks, we have a thousand variants in different lengths, different numbers of axles, different installation spaces, and other essential variations. With the e-trucks, a second form of powertrains is now being added to the multitude of variants.” Therefore, another goal of the project is to create a flexible process for the production of the upstream battery module and battery packs. This is the only way to provide packs that precisely fit the different truck variants.

The digital representation of the manufacturing line created by Fraunhofer IGCV goes beyond a mere material flow simulation. “We can map processes and store floor characteristics in the virtual factory model that are not taken into account in a material flow simulation,” explains Thomas Neuhäuser, project manager “eTruckPro” and group leader Collaborative Factory Planning at Fraunhofer IGCV. “For example, we can see very quickly whether there is enough space for operators at an assembly station or whether they get in each other’s way. The 3D modeling makes this easy to understand for everyone involved.”

The advantage of the entire project is clear: By using an existing assembly line and line balancing, additional costs – such as the purchase of more operating equipment and production space – can be avoided. Manufacturers can thus initially produce small quantities, test them, successively expand them to reach maturity, and scale them up further in line with customer demand. Within the digital factory, the Fraunhofer IGCV team can now test to what extent hybrid assembly is feasible in the context of prevailing production boundary conditions: At which stations are the most significant changes to be expected? How can individual processes be redesigned to make them more cost-efficient? And which suggestions cannot be implemented due to spatial restrictions, and which can?

Based on these findings, the team will soon set up a demonstrator platform at the Fraunhofer IGCV Augsburg location. The platform is used to physically represent production systems on a smaller scale. This allows different concepts to be tested and evaluated together with MAN Truck & Bus – collaboratively, realistically, and across disciplines. In addition, employee support using cognitive assistance systems (augmented reality) is mapped for hybrid assembly. Through this, all relevant aspects become more tangible and essential questions can be answered together – such as how such an adaptable system can be implemented at all under different framework conditions, how it can be made more flexible, how employees can be supported with regard to the increasing number of variants, and how the resulting research findings can be applied to industrial applications. In this way, the research results are helping to realize the implementation of a more environmentally friendly truck fleet and increase Germany's competitiveness in the production of commercial electric vehicles.

To the press release

Here you can find more information about the reference project »eTruckPro«.

Contact us for an individual solution that suits your business needs.

We are shaping the way into the future of efficient engineering, networked production and intelligent multi-material solutions. 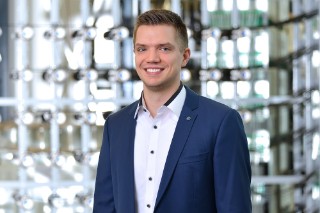 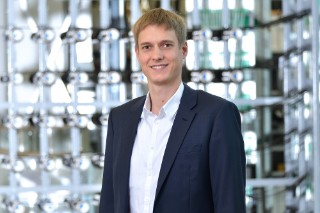